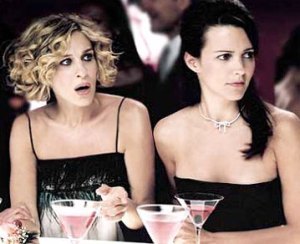 There comes a time in every woman’s life when they just stop asking. And unlike the fantasies we may have entertained when we were 16 or 18, it turns out it really isn’t all that great a feeling.

We spend our under-aged “kitten years” wishing we were old enough to wander casually into a grown-up establishment, brimming with cool confidence, make eyes at the handsome bartender and seductively order something “neat,” “dirty,” “extra dry,” “shaken, not stirred” or “on the rocks” like it’s our job. In other words… we can’t wait to be viewed as independent, mature members of society.

But in reality… when that magical times comes when we CAN wander casually into a grown-up establishment, brimming with cool confidence, make eyes at the handsome bartender and seductively order something “neat,” “dirty,” “extra dry,” “shaken, not stirred” or “on the rocks” like it’s our job… we sit there secretly praying he will ask to see our I.D. In other words…  we hope to be viewed as that long-gone “kitten,” perhaps not even old enough to grace the place with the innocence of our presence.

And the “eyes” we make at him, well… they are one of two varieties… the pleading or the daring. Pleading with him: OH PLEEEEEEZE ask to see my I.D. you know I can’t possibly be older than 21, don’t you? Or daring him NOT to ask, thus threatening his very life on what might happen next. If NOT carded (gulp) we are likely to fling ourselves across the bar, grab his towel and strangle him with it for so much as THINKING we are so obviously “of age” that we aren’t even worth the asking.

The only time… THE ONLY TIME that I DO NOT want to be carded is when I’ve forgotten my I.D. Which is, of course, as Murphy’s Law clearly states… the exact moment the poor bastard will ask. This happened recently after an Ohio State game and Lee was concerned that I would not be permitted anywhere without my I.D. Not because I look that young, but because they were college bars and college bars tend to be ultra cautious. But we played the whole “Guess Who’s More Likely To Let You In Without An I.D. Sociology Game” and chose the right bouncer… and it worked. And I got in. That time.

Had they not let me in, I was going to execute a new strategy where I put my face up REALLY CLOSE to the person making the judgment call that was going to effect the entire rest of my evening and ask them whether or not my crow’s feet would be an acceptable form of identification.

Poor bartenders and bouncers. It must be tough to be them… dealing on a daily basis with women perched ever so precariously on the edge of sanity as we wrestle with this whole getting older thing. But here’s an FYI… I am 36. Yes 36. Fifteen freakin’ years beyond the legal limit, and far from being considered a “kitten” but I still want to be asked if for no other reason than to flatter my ancient ass. For what it’s worth… There’s an additional 20% in it for you if you do.