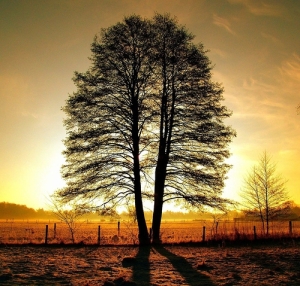 Do you ever feel like running away from it all? I know I do at times. These days all I have to do is turn on the news and a sudden, uncontrollable urge to pack a bag and just disappear washes over me. I would leave my cell phone, computer and all other forms of communication and technology behind.

I would go somewhere where I would not be exposed to the hatred-filled arguments between just about EVERYONE in this country about our current president and whether or not he is a Socialist… or a Communist… or the Anti-Christ.

I wouldn’t have to listen to a polarized nation debate the efficacy of the jobs plan, the necessity and scope of health care reform, education reform, the dwindling budget and rapidly-emptying coffers, anticipated green laws, foreign policy, the continued instability and unrest in Iraq and the war in Afghanistan.

I would quietly slip away to a place where there were no such things as Republicans, Democrats, Conservatives, Ultra-Conservatives, Liberals and Ultra-Liberals, Independents, political pundits, corrupt politicians and loud-mouthed, single-minded individuals pushing their own agendas all under the guise of “productive discussion.” Since when were hatred and fear the key elements in productive discussion anyway?

You see … I am so deeply disappointed in our behavior as citizens of this country. If you are still reading this, do not think me unpatriotic. I am PROUD to be an American. I still get goosebumps every single time I stand and tilt my chin toward the stars and stripes being lifted by the wind while our National Anthem is sung or played. I try to say a sincere “thank-you” to our men and women in uniform whenever I get the chance.

But I can’t help thinking about where we were, who we were and how we treated one another just 10 years ago this week. September 11 is drawing near… again. For the tenth time our nation will stop and gather to remember the tragedy that occurred on that fateful day. Most of us will probably pause to remember where we were, what we were doing, how we heard, what we witnessed and hopefully—more importantly—how we felt.

A horrific thing happened on that Tuesday morning… an unspeakable act that has forever charred the fabric of the American tapestry. But on that day, and in the months and probably even the year that followed, we were united as a country. We had a common enemy: Terrorism and those who perpetuated it. We had a common goal: To restore peace and a sense of safety in our homes and in our communities.

What happened? Have we so quickly forgotten what we were so brutally reminded of on that day? That we are ALL equal? That we are ALL human? That we ALL love… and hurt… and bleed? That we will not live on this earth forever? That we are all in this together whether we like it or not?

Please, PLEASE I ask you to consider these things this week and if only for a little while… I encourage you to look at your friends, your neighbors, your co-workers, fellow classmates and strangers you pass on the street… and remember that we are far more alike than we are different.