“Excuse me,” Lee asked the weary Wal-Mart worker, “where can we find the hummus?” She gave him a blank stare and then squished up her face like he’d just asked for pickled pig’s feet and exclaimed that she did not know. A quick survey of the store and a few more fruitless inquiries later and we gave up on Wally-World as a potential place in which to find the dip that’s sweeping the nation.

“Maybe Meijer will have it.” Lee said while secretly nursing a new hatred for the en-vogue, Middle-Eastern staple since it was now interfering with his ability to watch the Big Ten Championship game. “Whatever happened to good, old-fashioned French Onion? Why, now does it have to be hummus? What the hell IS hummus anyway but a bunch of shitty, random, ground-up vegetables that ‘we’ as a culture have branded as the ‘thing’ to eat now?” he grumbled aloud while pointing the car in the direction of the next big box grocer.

“That’s a good question!” I exclaimed, laughing at his colorful outburst. “What DID ever happen to a good old tub of French Onion dip and a bag of Ruffles to take to a party?” I took off on a rant of my own… “Now it’s hummus this and hummus that… and hummus here and hummus there… Have you tried the HUMMUS? Oh you’ve GOT to try this hummus it is TO DIE FOR. And these are the BEST pita chips around, by the way. Have you TRIED them yet?” 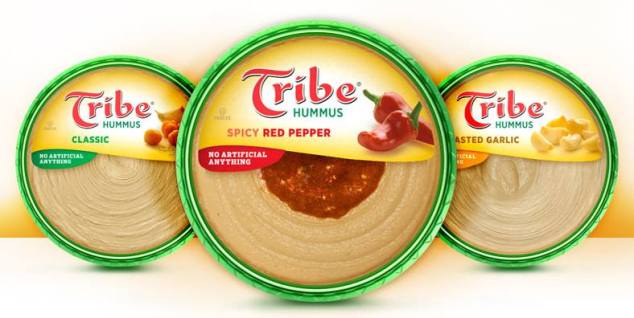 All of the sudden the world around me seems to have fallen in love with hummus. For me, my awareness of this seemingly new love affair started at the office this past summer when my boss began bringing in pita bread and hummus from a local farmer’s market. Everyone tried it and almost everyone liked it (myself included.) Then while visiting a friend in Cleveland this fall, she offered me a snack of what else but pita chips and hummus. Two months later at a tailgate party before the Ohio State / Indiana game, pita chips and hummus sat on the table between the burgers and buns and the cheese plate… right smack dab in the spot where the French Onion used to be.

Now, here I was preparing for our office Christmas party by volunteering to bring pita chips and hummus. That’s right, folks, I have boldly and unabashedly jumped on board the hummus bus. But being on board does not negate the fact that the sudden surge of hummus’s popularity still puzzles me. How did this chickpea, lemon juice and garlic concoction from the Middle East dethrone a long-standing, all-American party favorite? When exactly did this happen?

In 1998, a season 9 episode of Seinfeld was my first exposure to the word. George is troubled by the fact that Kramer and Elaine think his new girlfriend looks exactly like Jerry. Thus indicating that George is “secretly in love” with his best friend by dating a “Lady Jerry.” Kramer even refers to Janet (the girlfriend) as a “Femme Jerry” and a “She-Jerry” further antagonizing an already-tormented George. Seeking some solace that there truly was some chemistry that brought them together, George questions Janet about the genesis of their relationship:

So there is was. And like many a word before it, hummus came to be known by me (and probably many others) simply because of that show. It would not be until much, MUCH later that I would actually try (much less like and embrace) hummus on a personal level.

A Google search on hummus’s skyrocketing fame in America revealed some very recent and fun headlines such as: U.S. Dips Into Hummus and There’s a Hummus Among Us. (Titles, I for one, wish hadn’t already been taken prior to this writing.) The presence of the articles proving the point that some things are definitely shifting in our culinary culture… even going as far as to infiltrate a famed spot on the tailgate table.

So, I guess there’s nothing left to say but: French Onion, you had quite a reign there for a while and damn if we didn’t have some good times in the 80’s and 90’s. Welcome hummus! Enjoy your 15 minutes of fare fame before you get bumped by something even more exotic of which we’ve yet to hear.