I’m not a very quiet person. I realize this may come as a shock to some, but I like to talk. Oh, who am I kidding? I LOVE to talk. I REALLY LOVE to talk. I can talk all day, everyday about anything, everything and nothing. I am basically a good person, but my one downfall (if I had to admit to one)… the ONE thing that has consistently gotten me into trouble is my talking. I opened my mouth in pre-school to talk about who knows what—probably Play-Doh or Barbies or Captain Kangaroo—and I haven’t closed it since.

Which is why it was not surprising when yesterday evening during dinner I got the sneeking suspicion that Lee (being as polite as one could be after a long, hard day at work) wanted me to shut the hell up. He was eating peacefully and there I was yammering on about something I’d read on Facebook, various job leads, the bank account, bridal gown shopping and a web design class I thought I should register for.

He didn’t SAY anything, mind you. But I could tell. I’d seen the body language before in my father, my mother, my sister, my co-workers, the teller at the bank, the clerk at the grocery store, the optician fitting me for new glasses and the poor, helplessly-captive phlebotomist drawing my blood at the Red Cross. Once that needle’s in… she’s committed baby! I’ve got an audience for at LEAST a pint — which CAN be awhile if you fail to squeeze the squishy ball hard enough.

I don’t know how else to describe it. But it’s something that can be read in the resigned slump of the shoulders, the “please shut up” roll of the eyes and naturally the “oh $#@! here we go again” nodding-while-avoiding-direct-eye-contact thingy. I guess it’s just something one must experience in order to recognize. But… I digress.

Anyhoo, immediately upon detection of this behavior from Lee that he did, indeed, want me to shut the hell up… I sighed a heavy sigh, pet the cat and said to Lee: “Well, I should probably just be quiet now and let you enjoy your meal.” An observation that he, of course, did NOT deny. But he DID un-slump his shoulders, make eye contact with me and smile. He finished chewing what was in his mouth, used and re-folded his napkin, then turned toward me to speak.

“I just find it interesting that you’ve been talking to me this whole time while we are eating and yet…” He paused for a drink of his Diet Dr. Pepper. “… you sat silently on the couch for over an hour when I got home this afternoon, glued to those ring catalogs that I gave you to look at.”

For a rare moment I was speechless. My gaze immediately darted from him toward the living room, landing on the carefully-stacked diamond catalogs sitting innocently on the edge of the coffee table. He had brought them home only hours earlier for me to “take my time” perusing in search of a potential wedding band and light blue sticky notes were already jutting out from the edges of several pages. I looked back at him sheepishly and silently… my face turning fifty shades of pink… my diamond lust having been found out and now grossly on display beneath the revealing yellow light of the dining room.

“I guess I know how to shut you up then.” He said, half-teasing and partially serious. Apparently… for me… silence never was golden. But it just might be diamond.

I have never regretted anything I have not said. 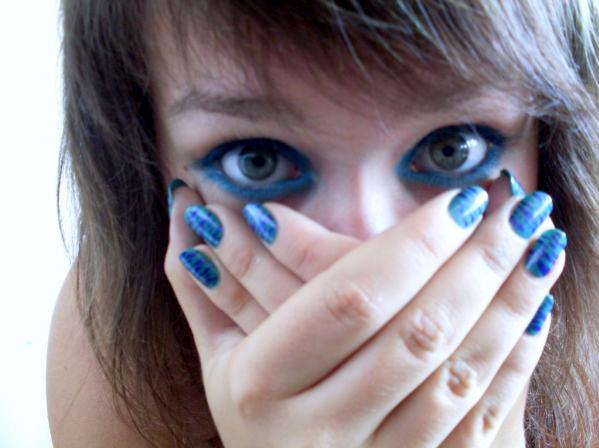 Words to live by. As a talker, this mantra has proved invaluable to me… and would be even MORE beneficial if only I practiced it all the time… every single day of my life.

We are raised on the principle that honesty is the best policy. That damage can be minimized—if not altogether avoided—by simply telling the truth… all the time… to everyone… about everything. If we would just tell the truth, everything will be better.

The truth shall set you free. Right? Another popular one. We are taught to believe that shining the light of truth on things will invariably and inevitably fix them. However, I am learning that this “honesty policy,” so deeply ingrained in us, couldn’t be further from the truth.

Trust me. I know. I have told the truth… the whole truth… and nothing but the truth many times in my life operating under the false assumption that it will make everything better, only to discover—through devastation of epic proportion—that I should have kept my damn mouth shut.

Now, before you go on thinking that this is an endorsement for lying and dishonesty, let me clarify. I am referring to the things that we DO NOT NEED TO SAY, rather than saying false things. There is a big difference. As a compulsive talker and an obsessive clearer-of-the-air, I cannot begin to tell you how many times telling someone exactly what is on my mind has come back to bite me in the ass.

I have done it in all areas of my life, and in all areas of my life it has—on more than one occasion—backfired. Big time. Just because it pops into my head or is nagging at me or causing me to toss and turn at night, doesn’t mean that I must spew forth the thoughts (no matter how true) like word vomit all over the intended target or anyone who will listen.

Sometimes “holding your cards close to the vest” or “not revealing your hand” or practicing the “silence is golden” rule really is the better option, even if it means that you are occasionally guilty of the sin of lying by omission.

Think before you speak… because on now and then… honesty is not always the best policy.

“Joanna is an excellent student. She completes all of her schoolwork on time, is polite, plays well with others and keeps her desk neat and tidy. However… SHE WILL NOT STOP TALKING!!!”

This is often how the “progress reports” from my elementary school teachers read. Of course they didn’t quite word them that way, but amidst all of the “Joanna-is-doing-everything-well” reporting was—without fail—some mention of my amazing gift of gab and how it would be desirable if I were to get it under control.

Hello, my name is Joanna and I am a talkaholic. However, I have recently discovered the true value of Silence. Not the I’m-taking-a-VOW-of-silence kind of silence… (sorry everyone) but the “Silence Is Golden” kind of silence. We’ve all heard the famously-quoted proverb a thousand times and although the origin of the phrase remains a mystery—for one who is addicted to words and sounds—those 5 syllables carry a tremendous amount of weight.

Let me share with you how I stumbled across this treasure. In an effort to achieve some semblance of sanity, I have made it a personal goal to get more sleep. I’ve been going to bed earlier and relaxing by writing in my journal or reading rather than watching TV. But the TV is usually STILL on in the background. I don’t know why… for some reason I find it comforting to hear the familiar voices of 4 friends (let’s call them Jerry, Elaine, George and Kramer) sitting around a coffee shop or a tiny New York apartment bemoaning the minutia of their existence. Not that there’s anything wrong with that.

The other night I decided to turn the TV off and read in total silence. And although it was a bit foreign to me at first, it was completely wonderful! So wonderful, in fact, that it felt absolutely luxurious! Who knew silence could be this enjoyable? Besides my family, boyfriend and friends. For a moment, I put the book down and just listened to the nothingness that surrounded me. I took a deep breath, soaking in as much as possible as though this sheer state of nirvana could be stored. I knew that all too soon—with the nagging of the alarm clock—this beautiful quiet would be shattered by the noise of life in the digital age.

Now, I’m not a twitterer, which is surprising given how much I like to talk, write, converse, chit-chat, chew the fat, stay in the loop, laugh, giggle, whisper, yell, shout, sing and just be heard in general. But with the help of twitter, not to mention all other forms of social media, smart phones, iPods, radio, cable and the internet… not only are we in touch with one another 24/7… we are surrounded by constant sound as well. So it’s perfectly understandable that the absence of noise was such music to my ears!

Every evening across America, it is not uncommon for the typical household to have the TV (or TVs) blaring and computer glowing while talking or texting is taking place. We can literally be catching up on the news, watching football on ESPN and the dramatic story of a woman scorned on Lifetime… while simultaneously communicating with multiple people in multiple ways. We can be texting, chatting, instant messaging, emailing, writing on walls, poking, tagging and twittering all at once. And this is what we are doing with our DOWN time… never mind what we encounter during the workday.

It’s no wonder we’re all stressed out and hopped up on antidepressants. And don’t be salty with me for saying that. (Which kind are YOU taking?) If you aren’t taking anything yet—give it time. At the rate we’re going… you will be. Unless, that is, you take the time to stop and listen… to the sound of silence.