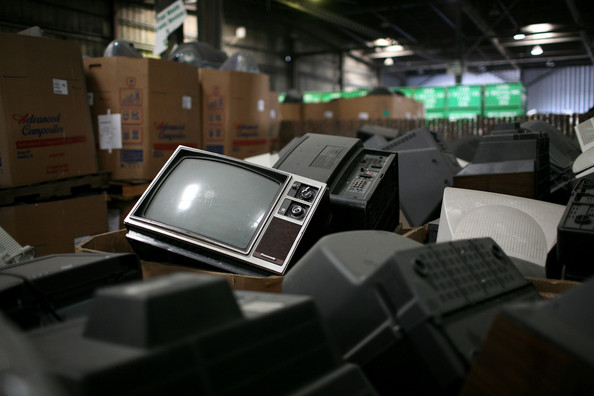 It seems that since I’ve temporarily traded an ergonomically-correct chair parked in front of a computer for nine hours a day for a slightly more active lifestyle moving boxes and doing actual housework (like scrubbing, washing and cooking things)… my body wants to remind me that it is NO longer 24.

I can do all the yoga in the world—which I’ve been doing faithfully on a daily basis—but every night some part or another complains to me that it has been strained, sprained, wrenched, tweeked or ticked-off during the course of the day. And it punishes me. And it pushes me to reach for two Aleve, a heating pad, the recliner… and the remote.

I’m not a huge fan of the offerings made by the Tuesday Night TV Gods, so I thought I’d puruse some different options for a change this past Tuesday. The so-called “reality” options. As I sat there in the recliner—held prisoner by either an unhappy muscle in my lower right back or overnight kidney cancer—I was exposed to some rather interesting worlds.

The first place I landed was MTV’s Teen Mom 2 where I witnessed three children acting like children whilst they discussed the so-called “parenting” of an actual child. Oh and I also stuck around long enough to watch as another one of the “moms” had a full-scale meltdown in her car because she was forbidden (by the rules of her probation) to smoke pot for 12 whole months! And yes, it really WAS as tragic and gut-wrenching and tear-jerking as it sounds.

After about five to 10 minutes of the whole baby mama drama thing I wandered over to the disturbing-on-a-WHOLE-OTHER-LEVEL show that is TLC’s 19 Kids and Counting. About the only good thing to come from watching 15 minutes of this show was that it provided both my ocular and pulmonary muscles terrific workouts what with all of the heavy sighing and eye-rolling.

My final destination after being totally disgusted by the previous two, wound up being A&E’s Storage Wars. Which is, (in case you are unfamiliar with it’s schtick) colorful characters engaged in even more colorful bidding wars for large containers full of someone else’s abandoned and unknown crap. All the while hoping to find that ever-elusive diamond-in-the-rough or in the case of Tuesday’s episode… a hopefully-not-a-knock-off, dusty Louis Vuitton wedged between a cardboard box and a yellowish-brown mattress set.

Now, I would be remiss if I didn’t at least mention that I found the last one to be somewhat entertaining and interesting. Kind of like an Antiques Road Show taking place in hundreds of storage lockers in the hot, desert southwest. You can’t help but be curious as to whether or not the people who have invested hundreds or thousands of dollars in the contents of these mysterious, metal sheds wind up with trash or treasure in the end.

But all, and I mean ALL of my encounters with Tuesday night’s “reality” TV left me questioning… Which is MORE sad… The fact that these types of programs are actually ON television? Or the fact that WE actually watch them?