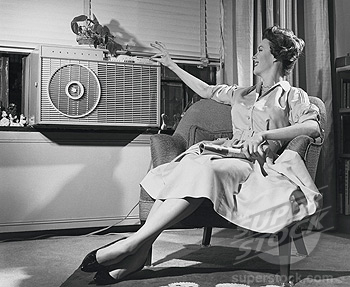 A fat, lazy fly buzzed around my face as a large bead of sweat began it’s slow journey down the center of my back, stopping at my waistband. My forehead was soaked, my neck sticky and I could not stand the sensation of anything, I mean ANYTHING touching my skin.

The air was as hot and thick and still as I have ever experienced with a heat index soaring well above one-hundred. Trying my hardest to make polite conversation, the faces before me began to blur and my head started to spin as I began to totally and completely lose my shit.

I excused myself from the table—eyes darting around for some form of escape… ANY form of escape—and I moved closer to the edge of the pavilion. It was then that I began to entertain a multitude of wild imaginings including the tearing off of my clothes as I headed straight into the woods to roll around in some mud like a pig on a sweltering, summer day.

I have led, what you might call an “air-conditioned life.”

In all of my adult life I have never had to work in a non-A/C environment or inhabit a non-A/C abode. Granted, I grew up in a home without A/C but in northern Ohio that wasn’t too much of an inconvenience. And I was just a kid who had yet to develope my intolerance to discomfort.

I have a career which includes sitting for hours at a time in a cushy chair in a perfectly temperature-controlled environment… never breaking a sweat (except for perhaps in the occasional staff meeting).

Those who know me best a.k.a. those who have had to live with me learn fairly early on that I have what you might call a “narrow window of comfort” that exists somewhere between 68-72 degrees fahrenheit. Some of them go so far as to consider this behavior “fussy” or “high maintenance” but naturally I disagree.

No I prefer to think of it as being in touch with my “optimum environmental performance requirement.” And what could possibly be wrong with that?

12 thoughts on “My Air-Conditioned Life”