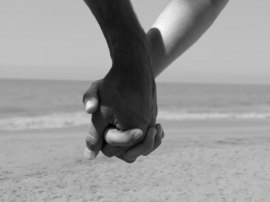 Kisses were exchanged as the clock struck midnight and one by one the couples announced their plans for 2013.

“We’re gonna pop out a kid, honey!” Said the couple excitedly expecting their first child in the spring.

“We did a pretty cool thing in 2012 and it looks like we’ve got an exciting year ahead of us.” Proclaimed the pair of newly-minted parents whose baby girl arrived the previous fall.

“Here’s to the first year in our new home.” One of the two newlyweds seated on the couch replied to the other.

Looking out across the snowy landscape in the wee hours of a brand new year, we couldn’t help but consider what 2013 might hold for us. “2013.” Lee said as he navigated the snow-covered roads back to our house at the conclusion of the party. “Twenty years ago…” We began to say at the exact same time. Twenty years ago we graduated high school together before heading off in two very different directions. “It’s just so hard to believe.” One of us exclaimed… preaching to the proverbial choir.

We will get married this summer. That much we know. The planning has begun and as a picture of our wedding day emerges, our excitement grows for the anticipated date. But beyond that, it is unclear where we will go and what life will look like. We have a home and friends and belong to a community. He has a real job and I am hoping that the new year brings permanent employment (beyond contract work) my way. But for the most part, we are settled. Much of our picture is already colored in.

“So I suppose they’ll have their own little club once they all have babies.” I announced over lunch today while referring to the growing enclave of which we are not a part. “There’s no one else like us, you know.” I muttered with a mouthful of food while considering what the words “like us” meant exactly. I decided I was referring to couples in their late 30’s who don’t have children and aren’t sure they want any. I suppose it is as simple as that.

“I like us.” Lee stated very matter-of-factly as he shrugged his shoulders in a perfunctory but decided sort of way.

And I was reminded—all over again—why I love him as much as I do.

“I like us, too.” I said and reached for another slice of pizza.