“Isn’t it strange you always wake up as yourself? Not even one day somebody else.” 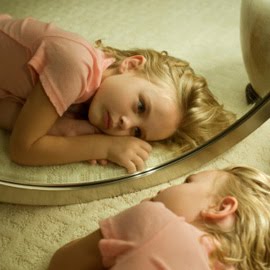 That is the opening line in one of my favorite episodes of HBO’s show Enlightened. The show stars Laura Dern as Amy — an enthusiastic but broken woman turned whistleblower trapped in a less-than-satisfying-sometimes-tragic-and-chaotic life in corporate America. I’ve actually written about it before and for anyone interested, you can find that post here.

The show is about to enter into it’s second season this weekend, therefore the previews and reruns have been rampant. Not that I mind. I loved it the first time and have been anxiously awaiting this moment for over a year. While waiting I’ve been refreshing my memory by watching the reruns and last night was reminded of the line I quoted at the beginning.

I was struck the first time I heard her character utter those words: Isn’t it strange you always wake up as yourself? Because I remember, vividly, as a child often pondering the very same thing. It must have been some sort of phase having to do with self-realization, self-awareness or some other sort of psycho-babble. But I’ve never shared those thoughts aloud until now. Apparently, I thought it would be fun to tell about 200+ readers instead of say, a close friend, parent or sibling.

I distinctly remember a time, early in elementary school when I would sit around my room, looking in the mirror or down at my hands, legs or feet and reflect on the notion that I was always, only ever going to look at the world through THESE eyes. As me. And NEVER anyone else. And honestly, I was a little bit disappointed. Mostly I was in awe of the fact that of all the people I’d witnessed coming and going at school, on the television, at church, at the bank or the grocery store… I would never be anyone else.

I couldn’t help but feel a teensy bit cheated by that reality. I mean, it wasn’t like life had dealt me a bad hand or anything. I had a good life. I was and am healthy. I had and continue to have wonderful parents, a sister who seemed to tolerate me THEN and is NOW a friend, a nice home, friends, pets, toys and lots and lots of love and laughter.

But I believe there was something in me that wanted desperately to know what life might be like through a different set of eyes. Call me adventurous or perhaps insane… I think back then, I just didn’t want to get bored. An entire lifetime, to me, seemed a very long time to spend inside the same body. Notice I said back then. Because as adults I think it is quite common to wonder what life looks like on the other side of the proverbial fence. We wonder what if…

What if I had studied something else in school? What if I made twice what I’m making now? What if I had two children or six? (depending on what you may or may not already have) What if I stuck that out? (insert whatever your “that” is here) What if I lived in Fiji and sold t-shirts on the beach or was a SCUBA instructor with a killer tan and chiseled body? (OK, maybe that’s just mine.) But I think you get the idea…

This is it. This IS life. And this is all we get. ONE of them, experienced through ONE pair of eyes for as many days as we’ve been uniquely given. And I guess I can pout all I want to when I look in the mirror… wishing I were taller with a willowy frame, or that I’d been an attorney or a SCUBA instructor. But I think the point is to live THIS out the best that I can. Making the most of the highs, gaining perspective from the lows.

I just love the way Amy says—with childlike honesty—something we’ve probably all considered at one time or another during this thing that we only get to do ONCE. This thing called Life… Isn’t it strange you always wake up as yourself? Not even one day somebody else.

There is a new show on HBO this fall entitled Enlightened, which has caused me, at times, to feel rather, well… enlightened. When we meet the protagonist, Amy—a divorced, 40-ish career gal on the fast track in corporate America—she is returning from an extended stay at a rehab facility after suffering a complete and utter meltdown on the job.

It is not a surprise that I have found some common ground with Amy. In just the first paragraph of this entry alone there are six… count them… SIX things that I can either relate to or that I find infinitely intriguing… Divorced. 40-ish (I still have 4 more years to go, but… I’m flirting with it). Career gal. Corporate America. Rehab facility. Meltdown. I haven’t even mentioned the fact that she has no children, is extremely and painfully enthusiastic and considers herself a “people person” … OR the fact that since her “meltdown” no one wants to look at, let alone associate with her.

Yep, me and Amy… As much as it pains my heart to say it… I “get” her. No I’ve never suffered a meltdown on the job (not that I haven’t been close) or been to rehab. But I think there is probably more than one other person reading this who might also understand the thinness of the line between non-meltdown and total meltdown. Rehab and no rehab. Honestly… sometimes it is no thicker than a hair… and a THIN one at that.

Yes Amy is a fictional character, but she is nevertheless my hero. I adore her. I love how perfectly flawed she is and how she has no choice but to wear her flaws on her sleeve like a bright scarlet letter since her very public breakdown. She has endured the worst kind of humiliation and downright plummet from grace than most ever will and yet she keeps right on trying day after day.

Most people have the luxury of suffering in private. Of keeping their horrible traits hidden beneath a mask of cosmetics, false bravado and designer clothes. Their ugly secrets stay secure behind the locked doors of a home they can’t afford. And although on the outside all seems perfectly idyllic—on the inside—I’d wager they look a lot more like Amy.

To me, the ultimate hero is one who rises from the filth of shame and judgment everyday to get up and get out there and do it all again. To face adversity shoulders back and head held high. Because I will never be free from making mistakes. I will always be far from perfect. But I aspire to be like Amy, wearing my very human faults proudly for the world to see. I aspire to be… enlightened. 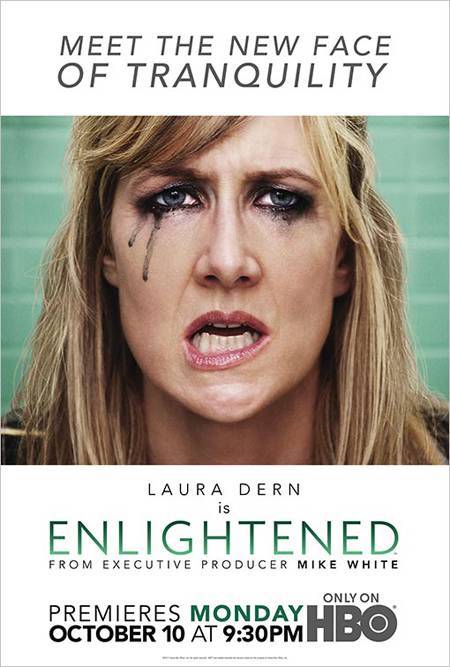