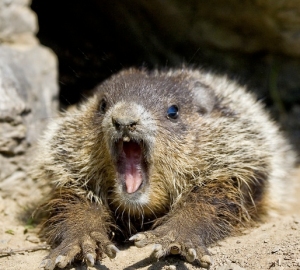 My dad and Lee both get after me about this A LOT. As well they should. Tailgating is rude and obnoxious, not to mention dangerous. But being the extremely impatient narcissist that I am… I just can’t seem to help myself. I can start out on a trip with the best of intentions and before I know it, I’ve memorized every scratch, dent and ding on the bumper in front of me… and I’ve probably fantasized about ramming into it too.

Yesterday on the way to work I got “brake-checked” by the guy in front of me (YES, an individual I happened to be tailgating at the time) and I had to slam on my brakes because he literally STOPPED in the middle of the road. He didn’t just tap his breaks to warn me that I was beginning to annoy him… He STOPPED… In the middle of a 55 MPH zone! Now, unless he was stopping for a squirrel, cat or groundhog—that I for one did not see—he was clearly sending me the “get-off-my-ass-NOW!” message.

I am well acquainted with this form of non-verbal, vehicular communication because I am not just your garden-variety tailgater. I am what you might call a “hypocritical tailgater.” I WILL tailgate you… but don’t you DARE tailgate me… or I WILL brake-check you until you get the message.

I feel it also worth mentioning that the guy who brake-checked me today was also a hypocritical tailgater because after he slammed on his brakes for me and resumed his speed… he practically crawled up the tailpipe of the guy in front of him. I must have been in a fairly decent mood because after re-securing all of my belongings back into the passenger seat from the floor to which they had fallen at the time of the aforementioned brake-check incident… I laughed. HARD.

I just laughed and laughed and backed the hell off. I got his message LOUD AND CLEAR. And maybe, just maybe, I secretly hoped that the driver whose tailpipe the break-checking-hypocritical-tailgater was currently sucking on would also stop suddenly in the middle of the road for an invisible squirrel, cat or groundhog… and well, you know the rest.