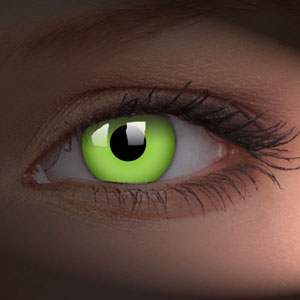 I’ll never forget the day one of my closest, sweetest friends lost it. It was during college and she had been going through a particularly rough break up.

It was evening and I was sitting next to Marcy on a couch in the lounge area of our dorm listening as she talked about her deep heartbreak at the ending of this valued relationship.

All of the sudden Tina, a mutual friend of ours from down the hall, burst through the double doors shrieking with excitement. Her boyfriend had just popped the question.

Normally, this sort of thing is of course… in Girl World… kind of a BIG deal. Something to be excited about and to join your newly-engaged friend by jumping up and down along side of her. Except that this time I was literally stuck in the middle. Happy for Tina’s wonderful news but sad for Marcy’s personal devastation.

I remember standing silently between them awkwardly looking from one to the other back and forth, back and forth like it was all happening in slow motion. Seriously. Could the timing of this thing have been ANY worse?

What happened next is burned in my brain. The memory of it is as fresh as though it had happened yesterday. Calm, cool-headed, mellow Marcy sprang from the couch and screamed with rage at the top of her voice. She had been holding a glass of water in her hand, and she threw it as hard as she could, smashing it on the opposite wall. I can still see the bits of shattered glass and water running slowly down the wall with startling clarity.

Tina, oblivious and shocked at what had just transpired, looked to me, her mouth gaping open… searching for an answer. When Marcy stormed off, I quickly told Tina what had happened while swiftly and half-heartedly congratulating her… then went running after the friend I felt needed me most.

More years than I care to acknowledge have since passed and Marcy and Tina are both happily married with beautiful families. But as I said before, the image of that night has stuck with me. You see, that was my first real confrontation with what some people like to call the “Green-Eyed Monster” of jealousy. A creature so vile, it can turn even the Meekest Marcy into a screaming, crying, glass-throwing banshee.

I’m ashamed to admit this but even though it was my first encounter, it most certainly hasn’t been my last. I have looked in the mirror many times only to find those same, wild, searing green eyes peering back at me. And I am not proud. Times when I should have been celebrating with my friends at their good fortune have been marred by my inability to see through that emerald shield.

What an ugly person I am when these eyes turn green. Two nights ago it happened when I learned that one of my dearest friends was expecting her second child. I thought I was over all of that childish jealousy crap, but apparently not. Obviously the green-eyed monster still has the ability to grab ahold of me and not let go until I’m sufficiently miserable.

Jealousy is an extremely dangerous emotion. Perhaps the most destructive of all. If we’re not careful how we handle it, all that will be left of us and our relationships will be bits of shattered lives… and tears silently running down the hallways of our hearts.

4 thoughts on “Through Green Eyes”